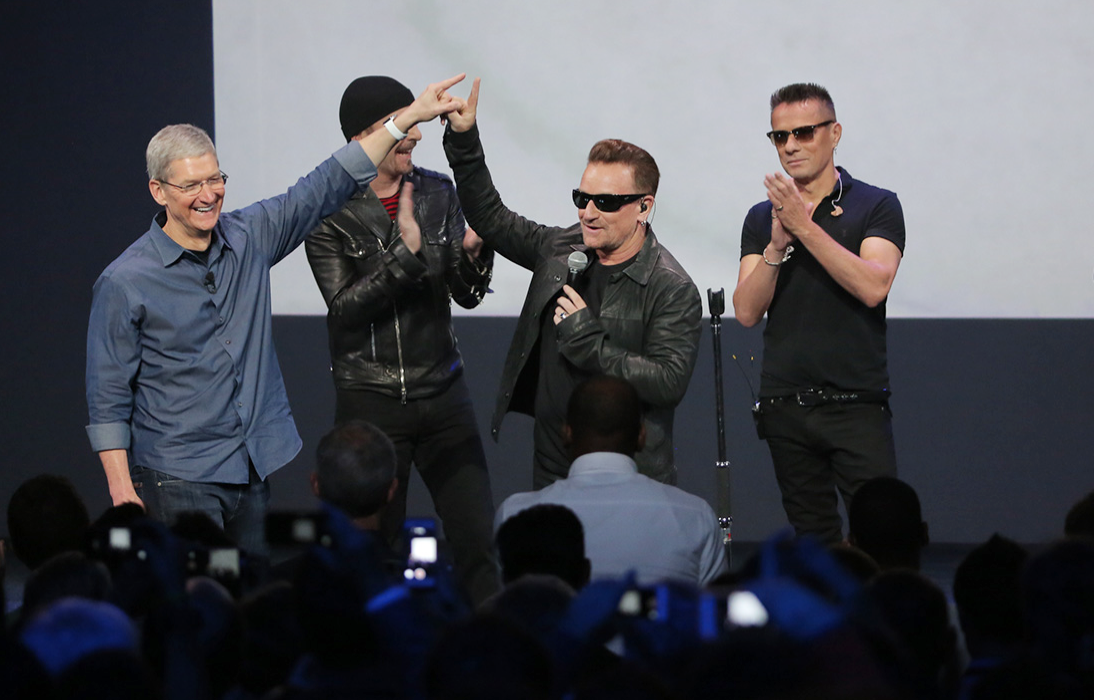 “Apple Has a Tin Ear”

Apple has never gotten music right. Anyone out there using and enjoying iTunes for music organization/play?  Remember Ping?  It was Apple’s attempt at a social music experiment. Remember Apple’s acquisition of LaLa?  This, to some degree, led to the iTunes Match program.  How’s that going for you?  How about Airplay. Anyone who’s ever used Sonos knows how deeply wrong Apple has gotten streaming music hardware.  The verdict is still out on the Beats Music (not the headphones) acquisition, but, if you believe the rumors, at minimum, they’re going to kill the name.

So, why would it surprise anyone that their recent gesture of foisting upon the world a U2 album has been greeted with, at best, bemusement, and at worst anger?  The basic problem is that Apple isn’t a music company.  They have and always will view(ed) music as a loss-leader in order to attract and retain customers for their high-margin products. Can’t fault them for that.  They’re just doing what they do.  There’s collateral damage, of course, and, arguably, those most harmed are the musicians.  Certainly, the race to the bottom with respect to pricing has been accelerated by Apple.  And, again, if rumors are to be believed, they’re attempting to lower the payouts further in order to decrease the cost of their (so far, still referred to as) Beats service.  The other collateral damage may have been U2’s artistic credibility (whatever might have been left of it). Given all the noise around the album release, it’s difficult to judge the actual noise of the record. Is it good or bad? Dunno.  It’s hard to separate the music from the marketing, but then, that’s always been a problem for Apple.

Check out a story on the U2 release and some other interesting reads below.

DailyTech Article: Apple U2 Albume We Forced on Users Was “Biggest Album Release in Music History”

The latest news covering the intersection of the music industry, brand marketing, and commerce.